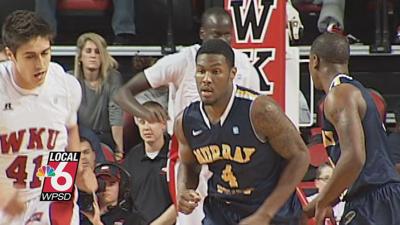 After transferring to Murray State from UMKC, LaTreze Mushatt had to sit out the 2010-11 season. He finally got his chance to play the following year, but struggled early to find his role coming off the bench for the unbeaten Racers. In Murray State's win at Western Kentucky, Mushatt scored seven of his nine points in a 90-second burst at the end of the first half that helped lead the Racers to a 70-59 win over the Hilltoppers.

When we recently sat down with Mushatt, he explained how that game was ultimately a turning point for him in that season.

"Everybody always talked about Western Kentucky at Murray State," Mushatt said. "I don't really know about Western Kentucky. The rivalry, everybody always talks about the battles between Murray State and Western Kentucky. At that time, I was battling my confidence. I was battling what my role was on this team. What can I do to help us be successful without scoring? I tried my best to apply as much pressure as I can to help us be successful on the defensive end and it worked. I was just, 'OK, I'm here now. I'm kind of understanding my role, getting the hang of things. This is real, and we can keep going with this.' That was one of those games where everyone is watching. I've got to do my best and we've got to win this game. If we win this game, we're going to keep winning more. They were a great team."