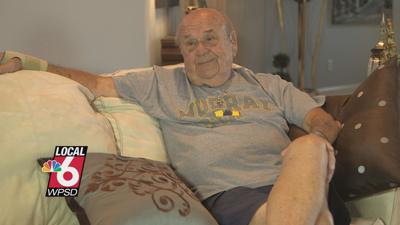 Ron Prohm had watched his son, Steve, chase his basketball dreams as an assistant coach for more than a decade. In May of 2011, Steve was finally get the chance to run his first program at Murray State. When we recently sat down with Ron, he remembered the phone call where he learned his son's life had changed.

"It was a Sunday morning, I'll never forget it," Ron Prohm said. "It was early in the morning. Kathy says, 'Get up, the phone's ringing.' I get up and picked up the phone and said, 'Hello?' I knew it was him because of Called ID."

"He said, 'Dad, I got the job.' I just started to cry. I was really happy for him. From then on, it's history. He just loved it. He had a great team, he had a lot of great friends there, and a lot of good people there."