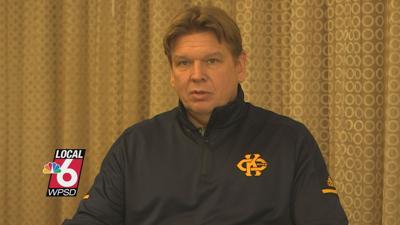 After beating Memphis in early December 2011, Murray State entered the Associated Press Top 25 Poll, and they'd stay there for the duration of the season. We recently caught up with former Tennessee Tech Head Coach Steve Payne, and he said when Murray State was ranked, it benefited the entire Ohio Valley Conference.

"It was great attention for our league," Payne said. "Consecutive years in a row, we won games in the (NCAA) Tournament as a league. I used to tell people all the time in our meetings, 'Everybody always wants to talk about the good ol' days of basketball. These are good ol' days in the OVC.' There are great players everywhere you look. There are multiple NBA guys in this league. The fact (Murray State) was probably the best team that went through there at that time, it was great. It made you think about how you were going to raise your level in order to keep competing and be as good as that team."