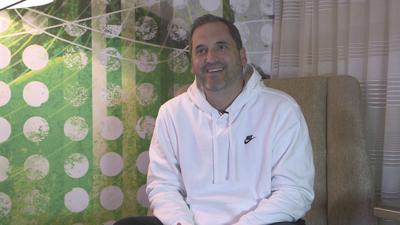 In May of 2011, Billy Kennedy left Murray State after five seasons to take over as head coach at Texas A&M. Kennedy's longtime assistant Steve Prohm stayed behind and was named Murray State's new head coach in late May. We recently sat down with Prohm, and he talked about the advice Kennedy gave him as Prohm prepared to lead a program for the first time.

"You'll do great," Prohm remember Kennedy telling him. "The one thing about Murray is you're learning in a job where everybody sees your mistakes because of the profile. Some jobs you can take over as your first job and you can learn on the fly and hide. You can't hide there. Everything you do is going to be magnified; everything you do is going to be evaluated. I think his biggest advice was, 'Be yourself, you're ready for this opportunity.'"

"In my first year at Iowa State, we played at Texas A&M. There are times you get really emotional in this business, whether it's championships or big wins and moments. They beat us in a great game. We were really good, we went to the Sweet 16. They went to the Sweet 16 and won the SEC. He came by the hotel that night before the game to see me. I brought my son down. He talked the whole press conference about how proud he was of me, and the kind of father that I was, and how proud I was to show him Cass. It's probably one of the coolest press conferences I've watched. I think that's why we've had a lot of success together. I care for him a lot, and want to see him be successful. In turn, he was able to help me get a job I dreamed about being a head coach at."