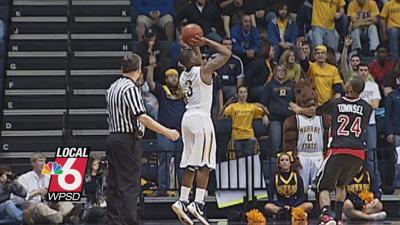 On this day ten years ago, Murray State moved up two spots to #22 in the Associated Press poll. Racer Head Coach Steve Prohm was trying to move his team past the initial excitement of being ranked after their win over Memphis two weeks earlier.

"It's obviously good to be ranked," Prohm said. "Last week I didn't check, this week I checked out of curiosity to see where we'd be ranked. Now it's beyond that, it's about getting ready for Ohio Valley Conference play and Tennessee-Martin Wednesday night. That stuff's great, and as long as we keep winning, we'll continue to be ranked. We've put ourselves in that position, but first and foremost, it's about winning the conference now."