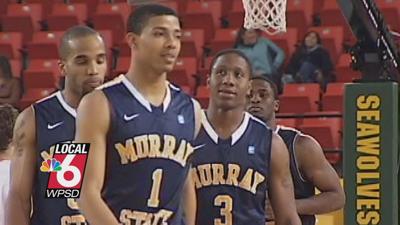 On this day ten years ago, Murray State survived an upset bid in the opening round of the Great Alaska Shootout. The Racers held off a late rally by Alaska-Anchorage to beat the Seawolves 64-62. With the win, the Racers improved to 5-0 on the season.

Murray State led by 11 with 1:46 to go before UAA made their furious rally. Senior forward Ivan Aska hit a pair of free throws with 5.1 seconds left to put the Racers up by five points. The Seawolves hit a three-pointer at the buzzer, but Murray State escaped with their fifth-straight win.