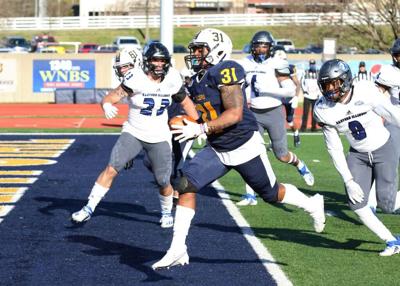 The two were knotted at 10 at halftime when Mark Williams came up with a 38-yard pick-6 against Rice to start the third. Aaron Baum tied a school record with a 58-yard field goal to bring the Racers within 17-13.

Jordan Smith ran 80 yards on Eastern Illinois' following drive for a 24-13 lead, and Stone Galloway's 29-yard field goal made it a 14-point game with 9:29 left in the third. It was all Murray St. after that.