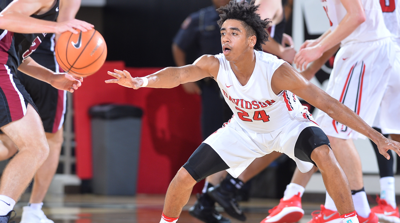 PADUCAH, KY -- The Murray State Racers picked up their first addition for next season when they received a commitment from former Davidson senior guard Carter Collins.

Collins spent four seasons with the Davidson Wildcats, starting a total of 46 games over the last two seasons.

With the addition of Collins, Murray State now has four available scholarships for the 2021-2022 season.