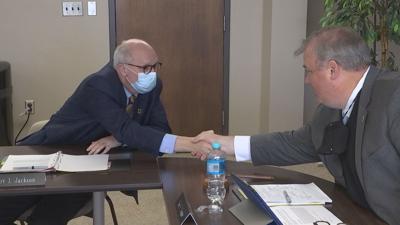 What is the future of Murray State's football program?

MURRAY, Ky. - Murray State University's Board of Regents voted unanimously to accept an invitation into the Missouri Valley Conference on Friday.

The decision was designed to give the OVC time to add additional members. As for rifle, the program will stay in the OVC because the Missouri Valley doesn't offer the sport.

Murray State President Bob Jackson described a myriad of contributing factors for the move. One of the biggest, he said, was the footprint of the Missouri Valley. The conference's footprint represents 91 percent of Murray State's student population.

Jackson said the prospect of leaving the OVC began as other teams began their exodus over the last year.

“Four programs exited the OVC," Jackson said. "Obviously, we had a responsibility to protect our athletic programs and the reputations they have, and the great assets they are to Murray State University. We’ve been looking at all the options for awhile, and without question, this is the best option for Murray State University and Racer Athletics.”

Jackson mentioned there is a buy-out totaling $1 million to leave the OVC. The school will host a community gathering on Monday, Jan. 7 to celebrate the news.