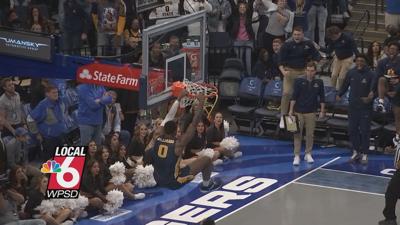 Brown made six 3-pointers and Hill five — each with four after halftime — as the Racers (8-1) made up a 14-point halftime deficit. Tyler Harris scored a bucket with five seconds left to help the Tigers pull within two, but they wouldn't get another shot off.

Harris had 15 points for the Tigers (5-4), whose losing streak stretched to four games — a first in Penny Hardaway's three-plus seasons as coach. Jalen Duren added 14 points and three assists.