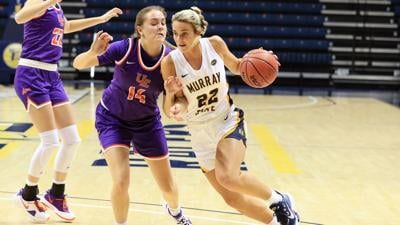 Murray State had five-players in double-figures as they won their home opener Tuesday night, 84-61, over Evansville.

Murray State outrebounded the Purple Aces 47-37. It was the second time in as many games the Racers had more rebounds than their opponent. Racer Head Coach Rechelle Turner hopes that's a trend that continues this season.

"It's definitely going to have to be, and it's a focal part of our team," Turner said. "It's something that we talk about every day in practice. Pat Summitt said rebounding wins championships, and I believe that with all my heart. When you're able to limit the other team, but you're able to get second-chance points, that can turn a game around in a hurry."

Murray State's next game is Friday at Indiana State.