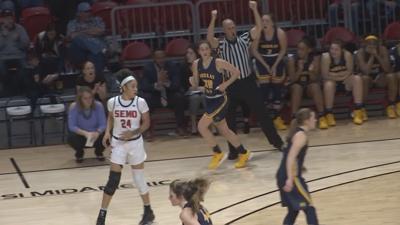 Burpo made a big leap last season as she started 25 games, averaging about ten points and eight rebounds per game as she earned second team All-OVC honors.

There were points last year Burpo had to play point guard because of so many injuries to her teammates. Playing point guard was certainly out of her comfort zone. With a healthier team around her, Murray State Head Coach Rechelle Turner expects another big year from Burpo.

"The ability to put her back in her natural position where she can attack the basket, and where she can create for others, has been beneficial for what we see as scoring efficiency so far in practice this year," Turner said. "She's able to make a lot of things happen off the dribble. Her shooting has improved and she's a great rebounder, so she's in a better position to be successful."

The Racers will open the season November 25th at Kentucky.