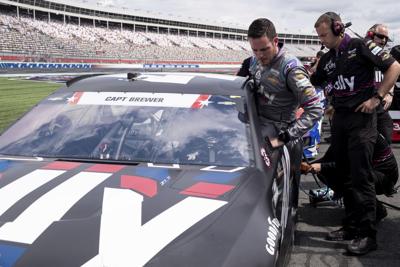 CHARLOTTE, N.C. (AP) - Alex Bowman spun Denny Hamlin from the lead with six laps remaining at Martinsville Speedway and then went on to win his fourth race of the season.

Bowman is trying to shrug it off as the season finale arrives.

Even though Bowman is not eligible for the championship Sunday at his home track in Phoenix, he is having a career year.

Hendrick Motorsports recently gave him a two-year extension through 2023.