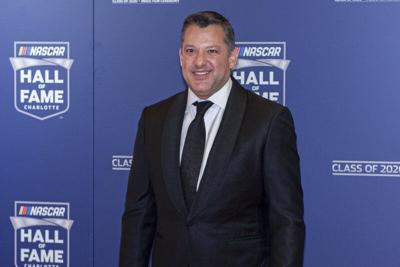 The pair announced their engagement in social media posts.

They were introduced by NHRA great Don Prudhomme and began dating a year ago at the start of the pandemic.

Stewart has been a frequent attendee at Pruett's NHRA events.

He has never been married.