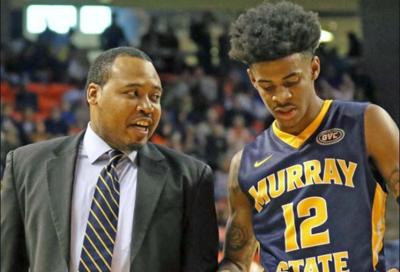 PADUCAH, KY -- Longtime Murray State assistant coach Shane Nichols is leaving the program for the same position at Radford where he will join his brother, Darris, who was hired just last week.

"Loved my six years at Murray State," Nichols posted on social media Monday night. "I appreciate everyone who supported us through the ups and downs. Players and coaches are amazing! #racernation always family."

Nichols is just the second assistant coach to leave the Racers, the other James Kane, since Matt McMahon was first hired back in 2015.

In that time, Nichols helped the program to three straight Ohio Valley Conference titles, and two trips to the NCAA Tournament.

He was also instrumental in developing superstar point guard Ja Morant who went on to be drafted by the Memphis Grizzlies 2nd overall in the 2019 NBA Draft.