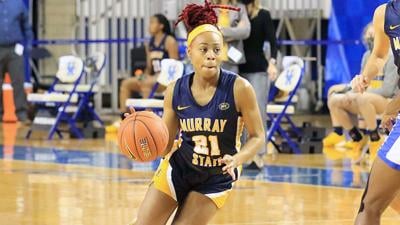 LEXINGTON, Ky. (AP) - Chasity Patterson scored 30 points and No. 11 Kentucky, without its all-time winningest coach and first-ever preseason All-American, opened its women's basketball season with an 86-60 win over Murray State.

Matthew Mitchell, who is 303-133 in 13 seasons with the Wildcats, abruptly resigned less than two weeks ago for health reasons, and two hours before the game interim head coach Kyra Elzy announced Rhyne Howard was suspended for two games "for not upholding the standards of the program.''

Katelyn Young led the Racers with 14 points and 14 rebounds.