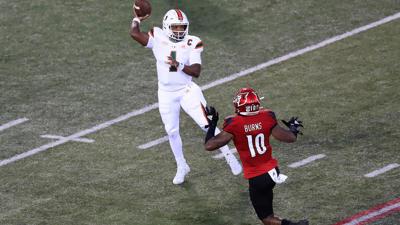 King threw a 75-yarder touchdown pass to Jaylon Knighton in the third quarter, a series after Cam'ron Harris ran 75 yards for a score.

Miami led 20-6 at halftime before Louisville scored twice in a wild third to get within seven.