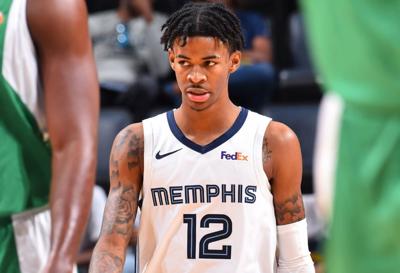 Ja Morant and the Memphis Grizzlies once again seem to be an afterthought heading into the NBA season.

There isn't much buzz about last year's rookie of the year. At least there's not the attention the retooled Lakers, Kevin Durant's return to the court or Zion Williamson's sophomore campaign are getting. But expectations are very high for the Grizzlies' young star thanks to his impressive debut.

Morant was nearly the unanimous pick as rookie of the year and was the lone unanimous pick on the league's All-Rookie first team. Morant says proving everyone wrong again about him and his teammates is his top goal.