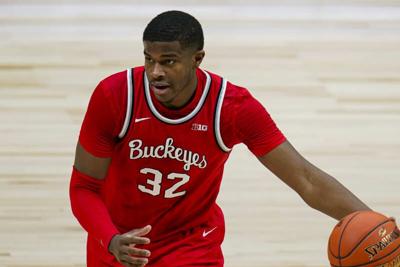 COLUMBUS, Ohio (AP) - E.J. Liddell says he will continue speaking out against social-media users who direct racist, abusive and threatening messages at athletes.

The Ohio State star was rattled by a social-media rant directed at him after the Buckeyes were upset by Oral Roberts in the first round of the NCAA Tournament.

His sharing of the message via Twitter has since attracted national attention.

Liddell says that if he and other athletes keep speaking out about social-media abuse and threats, then the issue can begin to be resolved.