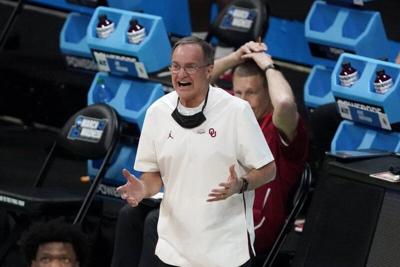 He led the Sooners to a 195-128 record over 10 years and reached seven of the past eight NCAA tournaments.

In his final season at Oklahoma, the Sooners went 16-11 and ended with a loss to top-seeded Gonzaga in the second round of the NCAA Tournament earlier this week.