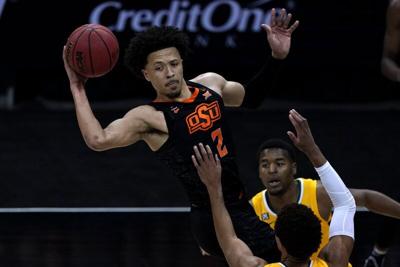 STILLWATER, Okla. (AP) - Cade Cunningham has announced he will enter the NBA draft after a dynamic freshman season that saw him named a first-team AP All-American.

The 6-foot-8 point guard is expected to be a high pick, possibly No. 1 overall.

His decision was no surprise. He participated in Senior Night activities before the Cowboys faced Oklahoma in Stillwater.

Cunningham won the Wayman Tisdale Award as the top freshman in college basketball.