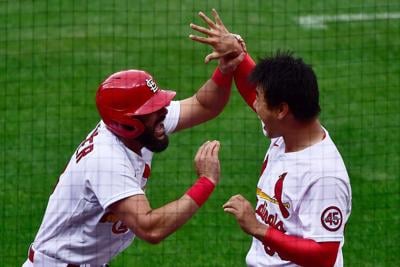 O'Neil, the automatic runner, started on second and advanced on Andrew Knizner's groundout. Hale bounced a curveball past catcher J.T. Realmuto, getting the loss in his first decision since the Phillies acquired him from the New York Yankees last August.

Alex Reyes pitched two perfect innings. Matt Carpenter put the Cardinals ahead in the sixth with a three-run homer off Aaron Nola.