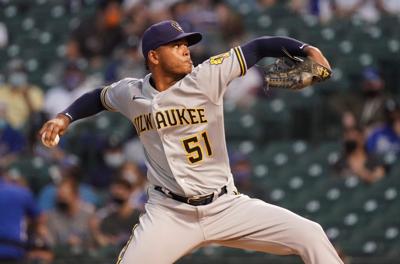 Peralta struck out eight and walked four. Kris Bryant doubled in the fourth for Chicago's only hit of the game. Shaw connected in the first against Adbert Alzolay, sending an opposite-field drive deep to left-center.

Daniel Vogelbach walked with one out and Christian Yelich singled ahead of Shaw's first homer of the season.