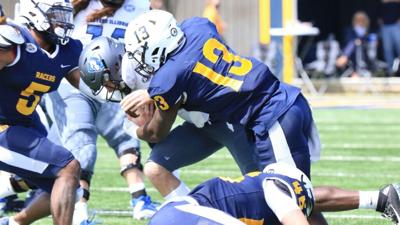 PADUCAH, KY -- The Murray State Racers continue to climb the FCS football rankings following their 41-27 win over Eastern Illinois this past weekend, coming in 14th when the polls were released on Monday.

For the Racers, who are now 5-0, it is the highest ranking for the team since the 1996 season.

They will travel to Austin Peay on Saturday afternoon in a game that could guarantee themselves at least a share of the OVC Championship.

The Racers have now won a conference title since the 2002 season.