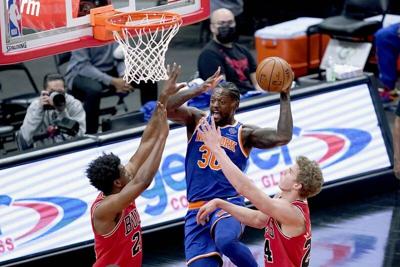 New York outscored the Bulls 34-17 in the first quarter.

The Knicks withstood a huge run in the fourth and came away with the win after losing two nights earlier in Chicago.

RJ Barrett scored 17, and the Knicks picked up the win after dropping five of six.