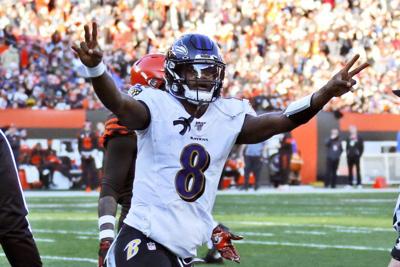 Lamar Jackson will be on the cover when "Madden NFL 21'' is released in two months.

The Madden cover release usually carries some suspense, but the Baltimore Ravens quarterback let it slip during an offseason call with local media in April that he had been approached about the cover.

This year's game will be released on Aug. 28, two weeks before the regular season is scheduled to begin.

He set an NFL record for yards rushing by a quarterback (1,206) while passing for 3,127 yards with 36 touchdowns and only six interceptions.

He also ran for seven TDs.