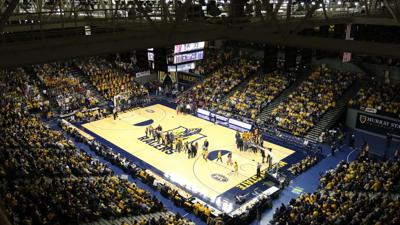 In September, both Austin Peay and Belmont announced they would be leaving the Ohio Valley Conference at the end of June 2022. With Jacksonville State and Eastern Kentucky leaving last June, there seemed to be some logical momentum toward Murray State also leaving the OVC.

For close to two months, things have been very quiet on that front. Today, a report from CBS Sports made the conversation very loud again.

We reached out to Murray State Director of Athletics Kevin Saal to see if he could confirm that December 19th meeting. He sent us a copy of his statement from September 24th which said in part: "Murray State University remains actively engaged in a thoughtful and thorough vetting process as it relates to conference realignment."