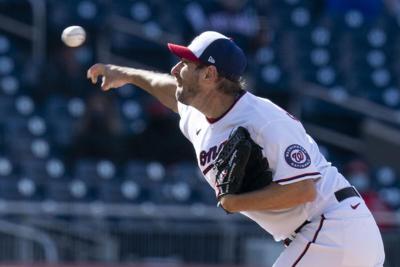 WASHINGTON (AP) - Max Scherzer struck out nine in six scoreless innings to move up to No. 21 on the career Ks leaderboard, and Alex Avila drove in the game's lone run with one of his two doubles, helping the Washington Nationals edge the St. Louis Cardinals 1-0.

Scherzer retired 12 of his last 13 batters and got his first win of this season.

Washington scored in the second on Avila's two-out double against Carlos Martinez, whose record is now 0-4.

Brad Hand got his third save.