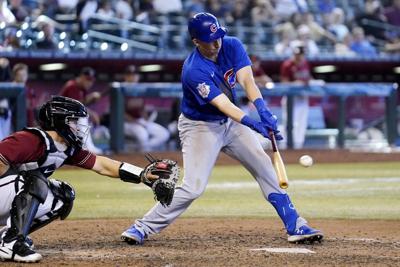 PHOENIX (AP) - Frank Schwindel hit a tiebreaking single in the ninth inning and the Chicago Cubs beat the Arizona Diamondbacks 3-2.

Patrick Wisdom and Rafael Ortega also homered for the Cubs, who have won four of six after a 3-14 stretch.

Wisdom doubled to deep center field to lead off the ninth against Ian Kennedy and Schwindel reached out and hit a soft line drive over first base. Arizona lost its first series in six.

The Diamondbacks had won their previous last five one-run games _ they are 7-4 in one-run games this season after going was 10-31 in such games last season.