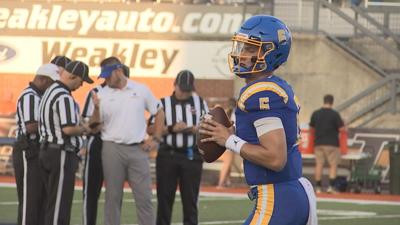 Simpson is one of five players named in class 2A for the award with that being trimmed down to three finalist on November 23rd.

Through the regular season, Simpson has thrown for 2,214 yards, 29 touchdowns to just two interceptions. He has also ran for 632 yards and nine touchdowns.

The winners for the Mr. Football Award will be announced on December 7th at Nissan Stadium in Nashville.