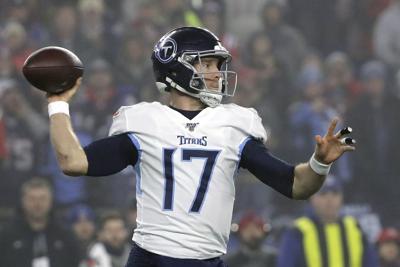 NASHVILLE, Tenn. (AP) - The Tennessee Titans have only one real choice after losing the NFL's rushing leader in Derrick Henry to a broken right foot.

Quarterback Ryan Tannehill said Wednesday that's to keep moving as a team and an offense to keep playing their style of football.

This is the first time since Tannehill became Tennessee's starting quarterback that he hasn't had Henry to lean on.

That puts the pressure on Tannehill to deliver in the Titans' passing game.

And his first game comes Sunday night in Los Angeles against the Rams. Tannehill says he'll do whatever it takes to win.