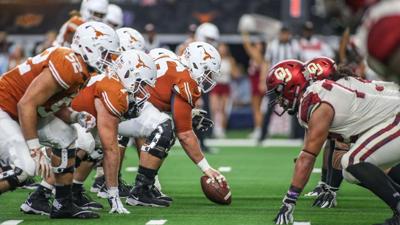 HOOVER, Ala. (AP) - Texas and Okahoma have reportedly expressed interest in leaving the Big 12 to join the Southeastern Conference.

The Houston Chronicle newspaper cited an unidentified official and says an announcement could come in the next couple of weeks.

SEC Commissioner Greg Sankey and the two schools all declined comment and Big 12 Commissioner Bob Bowlsby did not return messages.

Such a move would give the SEC 16 football teams.

It would be a devastating blow to the 10-member Big 12.