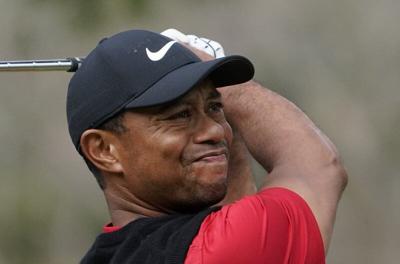 Tiger Woods says he's back home in Florida to resume recovering from career-threatening injuries to his right leg.

Woods posted a statement on Twitter that he will recovering at home and working on getting stronger.

He was injured on Feb. 23 while driving an SUV to a television shoot along winding suburban roads in Los Angeles.

Woods had been in town as tournament host of the Genesis Invitational.

The SUV crashed over a median and off the road.

He shattered bones in his lower right leg, ankle and foot.

Woods says he's thankful for the outpouring of support.