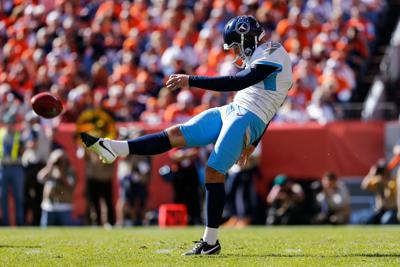 NASHVILLE, Tenn. (AP) - The Tennessee Titans are getting at least one of their kickers back for the regular season finale at Houston.

The Titans activated three-time Pro Bowl punter Brett Kern from the Reserve/COVID-19 list Saturday after he was placed on that list Tuesday.

Four-time Pro Bowl kicker Stephen Gostkowski has been on the list since Monday.

Tennessee promoted kicker Sam Sloman from the practice squad to replace Gostkowski in Houston on Sunday.

Sloman kicked in seven games for the Rams earlier this season.

The Titans can clinch their first AFC South title since 2008 with a win or a Colts' loss.