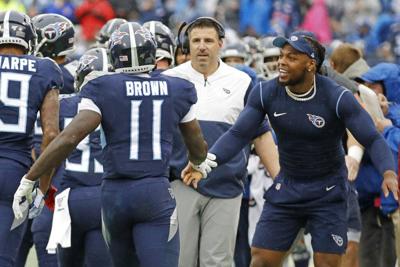 Pro Bowl running back Derrick Henry says he is definitely ready and will play against the Houston Texans with an NFL playoff berth on the line for the Tennessee Titans.

The Titans sat Henry last week against New Orleans and need only a win in Sunday's regular season finale to clinch the franchise's second playoff berth in three seasons and second since 2008.

Even with being given a game off to rest his left hamstring, Henry still ranks third in the NFL in rushing with 1,329 yards and also is tied for third in the league with 13 rushing touchdowns.