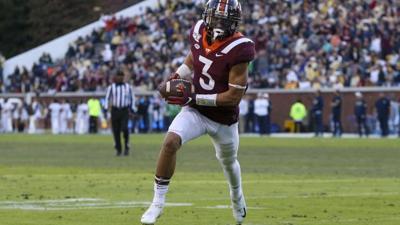 NASHVILLE, Tenn. (AP) -- The Tennessee Titans have bolstered their defense by drafting cornerback Caleb Farley of Virginia Tech at No. 22 overall.

General manager Jon Robinson focused on defense Thursday night after releasing starting cornerbacks Adoree Jackson and Malcolm Butler to free up salary cap space in March. Farley announced last July that he was opting out of the 2020 season after losing his mother to cancer in 2018.

The cornerback also had surgery in March to repair a herniated disc and tore an ACL in 2017. Farley did not attend the NFL draft because he announced Wednesday he tested positive for COVID-19.