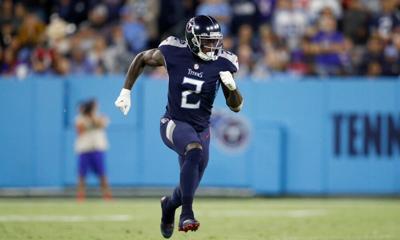 Jones seemingly had healed from the hamstring issue that kept him out of three games this season. He was added back to the injury report Thursday after being seen pulling up after running a route in individual drills.

The Titans have three games before their bye Dec. 2.