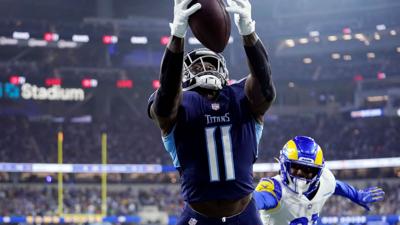 The receiver was having his best season yet in the NFL on the way to earning his first Pro Bowl honor.

Brown said Thursday he was battling so hard with depression that he thought of killing himself.

He shared a video on social media Nov. 12 on the one-year anniversary of that dark moment encouraging people to ask for help.

Brown tells reporters that's why he finally spoke up. He had gotten through that moment with help.

So Brown is speaking up to help others as much as he can.