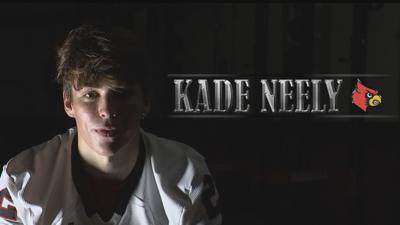 Local high school football coaches voted Mayfield's Kade Neely as the #3 Player of Gridiron Glory in 2019. Here's what some of those coaches said about him:

McCracken County's Marc Clark: "He is a problem. He is physical at the point of attack and he can run and open it up on you."

Crittenden County's Sean Thompson: "He is a big play waiting to happen. He is a guy that you have to game plan for, something special to take him out of it. If you just sit and let him play football he is going to beat you nine times out of ten."

Murray's Keith Hodge: "He is a different animal. It is funny, but it is always when you least expect it and he just comes out of nowhere and makes a huge play for them. Kids like that are hard to prepare for."

Graves County's Nick Kemp: "He is a special kid. Crazy athlete. Don't really think he is the fastest kid out there? Try to catch him, you can't do it. We had him. He caught one in the middle with three guys surrounding him and if you blink your eyes, the next thing you know he is on the other side running for the touchdown."

Calloway County's Chris Champion: "Kid is just a competitor, its the best thing you can say about him. He is a weapon that is going to torment teams all year."

Paducah Tilghman's Jonathan Smith: "If he is not the top receiver in the region, he is definitely one, two."

Marshall County's Evan Merrick: "He is a kid that has the size and strength but can also run the football. You put that combination together in high school at the second level, he creates a lot of mismatches."