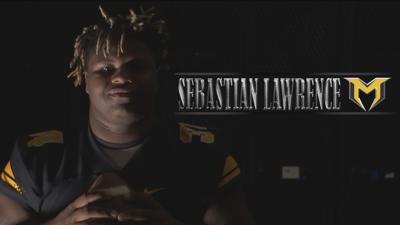 Local high school football coaches voted Murray's Sebastian Lawrence as the #5 Player of Gridiron Glory in 2019. Here's what some of those coaches said about him:

Crittenden County's Sean Thompson: "He is just disruptive. He is just a guy who can single handedly disrupt the running game and be on the quarterback in a hurry in the passing game."

Calloway County's Chris Champion: "He is a kid that is extremely quick off the ball, but he is also very physical, and he is going to bring it every single play which is one of the reasons I like watching him so much."

Marshall County's Evan Merrick: "Probably one of the best defensive lineman in the area, overall lineman in west Kentucky."

We'll unveil the #4 Player of Gridiron Glory on Tuesday at 6:00pm on WPSD Local 6.