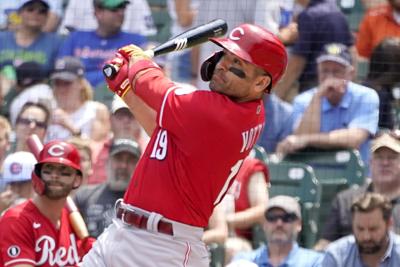 The 37-year-old Votto homered six times in the four-game series at Wrigley Field, and has eight home runs over his record stretch.

Votto's 20th homer of the season was a two-run shot in the first, when he hit a fastball from Alec Mills (4-4) into the center field bleachers.

The Cubs scored three runs off winner Luis Castillo, who had only given up three runs total in his first four starts.

Patrick Wisdom hit his 16th home run in the fourth, and Wilson Contreras belted a two-run shot in the fifth.