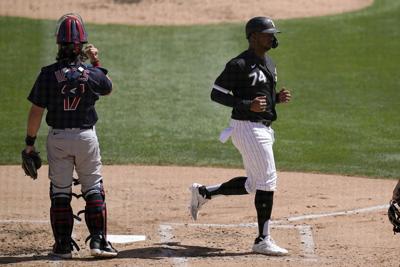 Hahn says the timeline hasn't changed, though he left the door open for Jimenez to return sooner.

Jimenez was hurt last week in a spring training game against Oakland when he tried to make a leaping grab at the wall on a home run ball.

The injury led to more questions about whether he is better suited for designated hitter than left field, where he has gotten hurt a couple times since his big league debut in 2019.