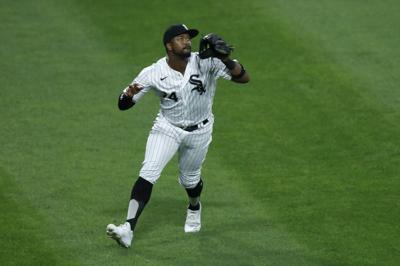 Chicago White Sox slugger Eloy Jimenez is expected to be sidelined for five to six months because of a ruptured left pectoral tendon.

Jimenez was hurt trying to make a play in the outfield during an exhibition game Tuesday and the injury has put his season in jeopardy.

The 24-year-old Jimenez needs surgery and general manager Rick Hahn says the team will know when he begins the rehab process.

Jimenez batted .296 with 14 homers and 41 RBIs in 55 games during the pandemic-shortened season.